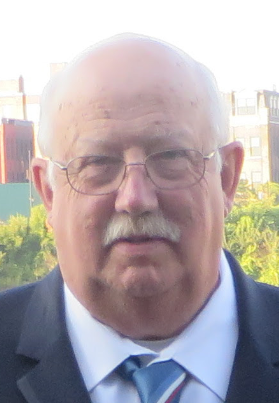 His funeral service will be on Friday, August 6 at 10 am at the funeral home. Interment in Parma Corners Cemetery.

In lieu of flowers, donations may be made in Jim's memory to the Aurora House Comfort Care Home, 2495 S. Union Street, Spencerport, New York 14559.

Jim was born January 22, 1941 in Cohocton, NY to Katherine & Clark Wallace. They moved to Rochester when Jim was 4 years old, they lived on Elmcroft Road. Jim was a boy scout and attended Edison Tech to learn auto mechanics.

He graduated in 1958 and married Barbara Emmons in 1963, they moved to Spencerport that same year. They raised three sons, Michael, Richard and James in Spencerport.

Jim was active in scouting, youth soccer and his son's BMX racing.

Jim and his wife enjoyed vegetable and flower gardening, they also grew large Halloween pumpkins which they decorated and carved at their home on Loretta Drive.

They enjoyed occasional dining out, his favorite meals were the waffles at Jim's (formerly Critics) in Greece Ridge Mall, egg salad sandwich at Slayton Place in Spencerport and fish fries at Abe's.

Share Your Memory of
James
Upload Your Memory View All Memories
Be the first to upload a memory!