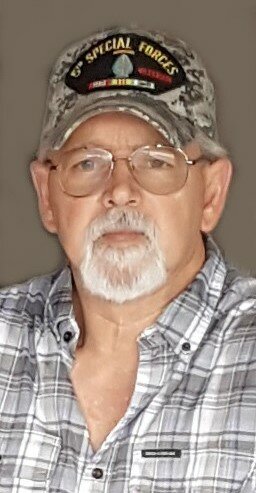 Please share a memory of Dennis to include in a keepsake book for family and friends.
View Tribute Book

Dennis H. Hinson, age 66, went home to be with our Lord and Savior on February 14, 2022. Dennis died a sudden unexpected death after suffering 18 years with military service-connected Parkinson’s.

Following his military retirement Dennis worked 2 years for Northeast Land Consultants in soil science, then attended Clark University followed by a 15-year career with IBM as a Computer Systems Analyst.

Dennis was an outstanding soldier of excellence, a devoted and loving husband for 39 years of marriage to his wife, Patricia, and loved his children and grandchildren. His favorite bible verse was KJV 1 Corinthians 15:10 and he always said, “the only thing you can control in life is your attitude”. During his retirement he enjoyed his family, friends, computer gaming, music, and wood working.

He is sorely missed by all who were blessed to know him.

Share Your Memory of
Dennis
Upload Your Memory View All Memories
Be the first to upload a memory!
Share A Memory
Send Flowers